The hotel is conceptualised as a traditional Indian palace. It is designed to showcase the rich tradition and heritage of Mewar region. Guests are greeting with ‘rambling courtyard, gentle rippling fountains, reflection pools and vergant gardens’, states the website. Maharana Jagat Singh II built this ‘pleasure palace’ after his father discovered the moonlight picnics he had with the ladies of the Zenana on the lake island palace of Jag Mandir.

Every ‘romantic’ room of this palace has a story of its own. The hotel has 66 rooms and 17 suites that offer stunning views and intricate décor to envelop guests in royal mystique, states the hotel’s website. This hotel captures the spirit of new Delhi. It harmoniously blends tradition and contemporary sophistication.

Recognised as a pioneer and an icon amongst luxury hotels in India, The Oberoi, New Delhi was the first hotel to offer a 24 hour personal Butler service, claims the company website. Located on Janpath, the hotel was built in 1931 by Sir Edwin Lutyen’s associates named Blomfield. It is one of the landmark properties of the capital. Central to The Taj Mahal Hotel’s prominence is its old-world grace and charm, blended effortlessly with contemporary comforts and amenities, claims the luxury hotel chain.

Made with pink Dholpur sandstone, the hotel represents fine Mughal architecture. The property has 300 luxury rooms. 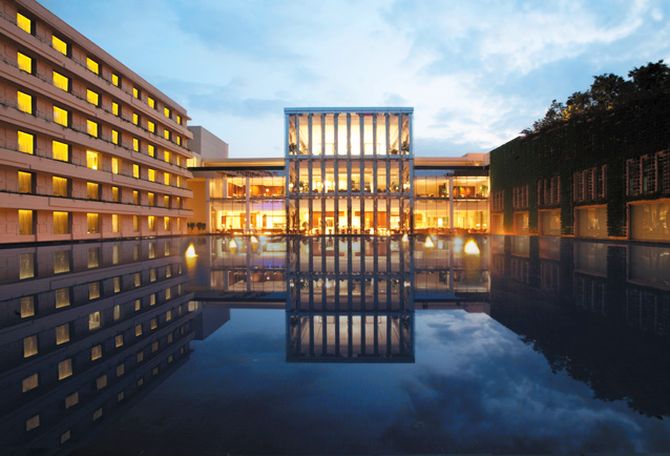 The developer, Orbit Resorts, spent about Rs 4 billion to construct the hotel, according to Business Standard. Opened in 2011, the hotel managed to won many accolades including the ‘World’s Leading Luxury Hotel for 2011’ at the annual ‘World Travel Awards’. 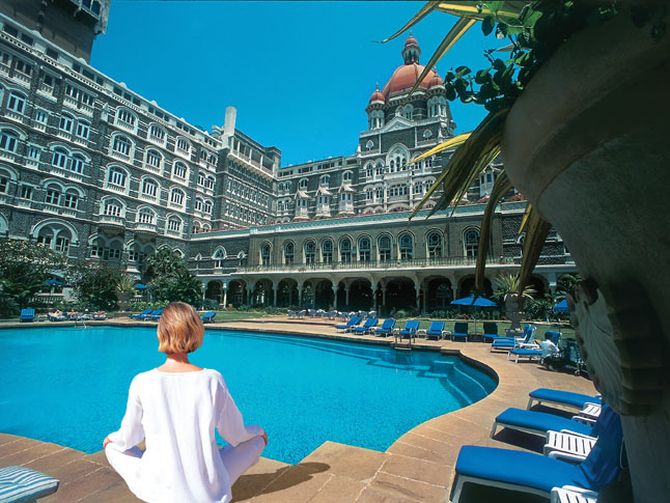 The hotel is as iconic to Mumbai as Gateway of India and Chhatrapati Shivaji Terminus (Erstwhile Victoria Terminus).

Overlooking the Gateway of India with a panoramic view of the bay, it has 560 rooms including 44 suites. The hotel is located in the city’s prime business district Nariman Point. This makes the hotel an ideal location for business meetings and conferences. This property is one of the world’s largest private residences and only a part of it is managed by Taj Hotels Resorts and Palaces. It’s set amid 26-acre garden.

The Palace was built, between 1928 and 1943, for H.H. Maharaja Umaid Singh, who had commissioned a new palace in 1923 to replace Mehrangarh Fort as the symbol of a new Jodhpur and to give employment to the people of Marwar during the period’s great droughts and famines, states the company’s website.